Let me start off by saying this: Radio City is the better album, compared to #1 Record. Both have perfect songs, it’s literally just the fact that Radio City has a couple more perfect songs. Starting off with a song like “O, My Soul,” it doesn’t get much better than that. Alex Chilton has gotten so much better at guitar when this album was being recorded and you can hear it on this song especially. The jam that starts at timestamp 3:30 is the perfect example (and the solo on “Way Out West,” more on that later). Plus lines like “I can’t get a license/to drive in my car/but I don’t really need it/if I’m a Big Star” are the epitome of tuff.

After the first track comes “Life is White,” the real only kind of annoying song on the album. It’s just because of that damn harmonica that just takes over the whole song. The chorus is cool though, I still hear the wailing harmonica in my nightmares though. Then “Way Out West,” which features the greatest guitar solo of all time. 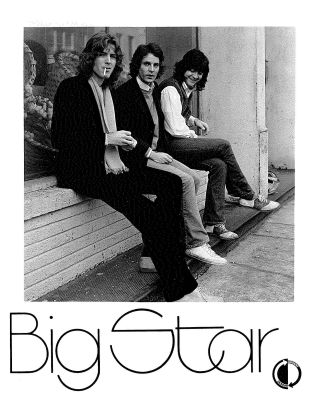 Andy Hummel wrote this song too which is cool, since most of the songs on Radio City were either just Alex or both of them. The chorus is sweet, but the solo is the most heartfelt part of this song. Everything about it just rips me apart, the way it feels like it’s getting heavier as it progresses and follows the chord progression around. Alex Chilton shreds. Skipping ahead a bit, “Back of a Car” captures that Big Star type of teenage feeling. The harmonies on this song in the background are so cool to me, if I recall it’s Jody backing up Alex. They sound so good together. And then of course there’s “September Gurls,” the perfect song. With an uncharacteristic simple rhythm guitar progression, the overdubbed guitars create a whole new recording. Alex sounds flawless on this of course, and then the solo tears the seams off the song, bursting out of nowhere. With most everything that Alex Chilton and company touches, it’s the perfect solo for the song. Anything else would sound like shit. Also those sweet “ooos” behind the solo make me melt. And then the drums after!!! dahdumDAHduh dum TSCH  CHSSdadadadadadaohmyGOD!!!!! Jody Stephens is a fucking monster and he’s still doing all this cool shit now too, like running Ardent Studios (where this record was recorded) and playing drums on the Lemon Twigs’ record Go To School. 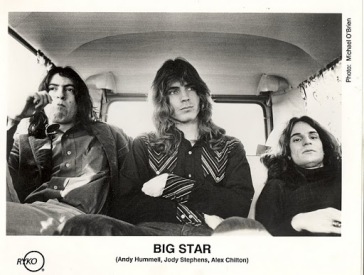 Finally, Radio City ends with Alex and an acoustic guitar for “I’m In Love With a Girl.” Alex Chilton has one of the prettiest voices of all time, and one of the most versatile too. It’s the perfect ending to an album that’s filled to the brim with overproduction and overdubs. The Replacements do an insane version of this song which you should also listen to. Anyways this album is incredible all the way through. It solidified Big Star as one of the greats. Everyone should listen to it!!